When you use the CFDocument tag to generate a PDF in ColdFusion, you define the page-size on the root of the document. Which means, every page in the generated PDF uses the same size page. But, what if you wanted to generate a PDF in which each page (or related set of pages) needs a custom, content-specific size? It turns out that you can do this. But, you have to generate the uniquely-sized pages as their own PDF document; and then, combine them into a single PDF using the CFPDF tag. To try this, I put together a small demo in Lucee CFML 5.3.6.61.

The goal of this demo is take a directory of images and generate a PDF in which each image is rendered on a single page that is right-sized for the image. Which mean, as the images change size so do the PDF pages. Again, since each page is going to be a different size, we can't generate a single PDF document. Instead, we're going to read the dimensions of each image using imageInfo(); and then, generate a right-sized, single-page PDF for each image in the list. Once that's done, we'll use the merge action of the CFPDF tag to combine all of those right-sized PDFs into a single PDF.

Our biggest hurdle in this demo turns out to be calculating the size of the PDF page. Traditionally, the CFDocument tag only deals with in (inch) and cm (centimeter) units. The latest PDF rendering engine in Lucee CFML - Flying Saucer - technically adds a px (pixel) unit. However, whenever I went to use px as the unit, Lucee CFML would throw the following error:

The content height cannot be zero or less. Check your document margin definition.

NOTE: The PDF Extension that we have installed (1.0.0.80) is a little old. It's possible that above error has been fixed in a later version of the package.

As such, I had to stick with in units. Which means, I had to translate the pixel-dimensions of the image into inches. Of course, this isn't an exact science - the two units aren't connected in a consistent way, but rather depend on pixel-density. For this demo, I've decided to go with a pixel density of 150 ppi (pixels-per-inch). Which gives me the formula:

Using this formula, let's look at the code that generates the individual PDF documents and then stitches them together:

As you can see, we're looping over the collection of images using the .each() iterator. And, for each image, we're generating a uniquely-sized PDF using the CFDocument tag. Then, once that's done, we use the CFPDF tag to merge all of the PDFs that we generated inside the temp-directory. This leaves us with a single PDF that contains different-sized pages: 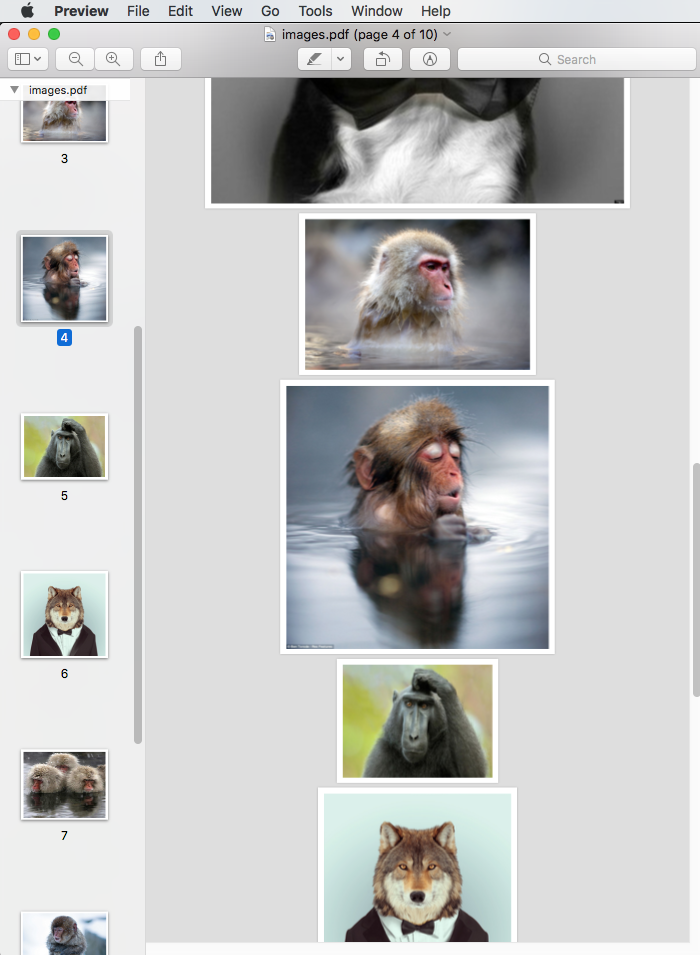 As you can see, each page in the generated PDF document is a different size - each one right-sized for the image that it is rendering.

At InVision, we don't do a lot of PDF work. However, we have some large enterprise clients who have expressed a need to have more control over PDF generation in their prototypes. As such, I'm trying to dust-off my PDF skills. Being able to generate a PDF with dynamically-sized pages may come in handy. And, it's nice to see that this is possible with CFDocument and CFPDF in Lucee CFML 5.3.6.61.