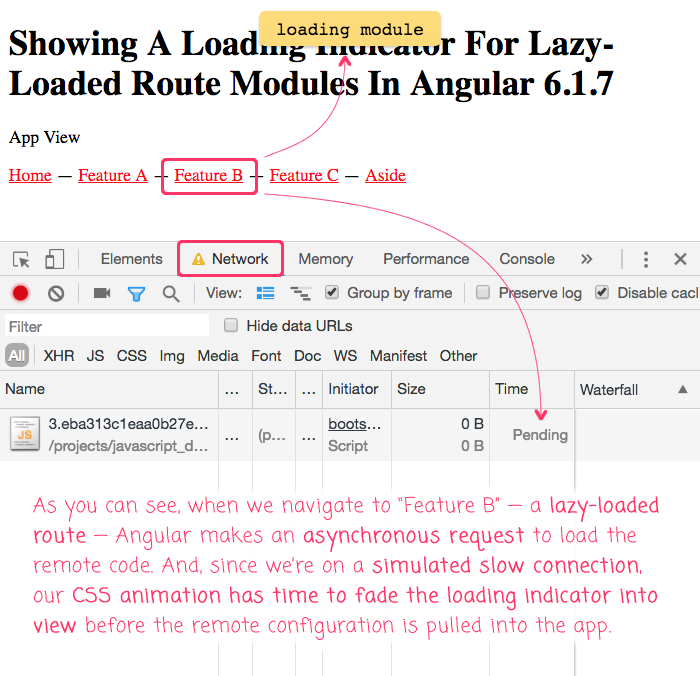 Tweet This Deep thoughts by @BenNadel - Showing A Loading Indicator For Lazy-Loaded Route Modules In Angular 6.1.7 Woot woot — you rock the party that rocks the body!