A few months ago, we watched the movie Worth starring Michael Keaton. To be honest, it's not a great movie; but, it has stuck with me because I believe it reminds us about just how critical it is to have customer empathy in our work. In the movie — and in our work — having and leaning into empathy literally changes peoples lives.

The movie follows Kenneth Feinberg as the Special Master of the September 11th Victim Compensation Fund. His firm is, essentially, tasked with determining how much each family is to be compensated (monetarily) for the lives lost in the 9/11 attacks. At the start of the movie, Feinberg is adamant that the compensation must follow a one-size-fits-all formula — that compensation cannot be influenced by emotion or personal connection.

To this end, Feinberg tries to avoid any direct contact with the victims' families so that his thinking can remain "untainted" by emotion. He believes that a "fair outcome" can only be achieved through his plan and the underlying numbers that drive his plan.

In the past, I've written about how we often hide behind numbers in product development (see One Unhappy User Is A Tragedy; One Thousand Unhappy Users Is A Statistic). And, you can see Feinberg doing the same thing. Until one night, he's forced by circumstance into a meeting with one of a 9/11 victims.

This chance encounter with a human being changes everything. It completely refocuses Feinberg; and reminds him that there are people behind the numbers. Unique people with unique stories and unique suffering. At this point, Feinberg pulls a 180 and leans hard into individualizing all of the compensation. He and his team start working around the clock, trying to interview every single family to get a sense of who they are and what they lost.

In the end, Feinberg and his team were able to distribute billions of dollars to 97% of the eligible victims. Human connection isn't easy. Dealing with people and practicing empathy isn't easy. But, it's right. It wins hearts and minds and, in the end, it was the only way that the Victim Compensation Fund could find a successful outcome in the midst of such unthinkable tragedy.

At InVision, we have 8 "Principle Cards". My favorite, by far, is Customer Empathy (followed by "Intelligent Urgency"). It's number 6 in our card deck; but, it's number 1 in my heart because I believe it is the one principle that acts as the North Star for product development. 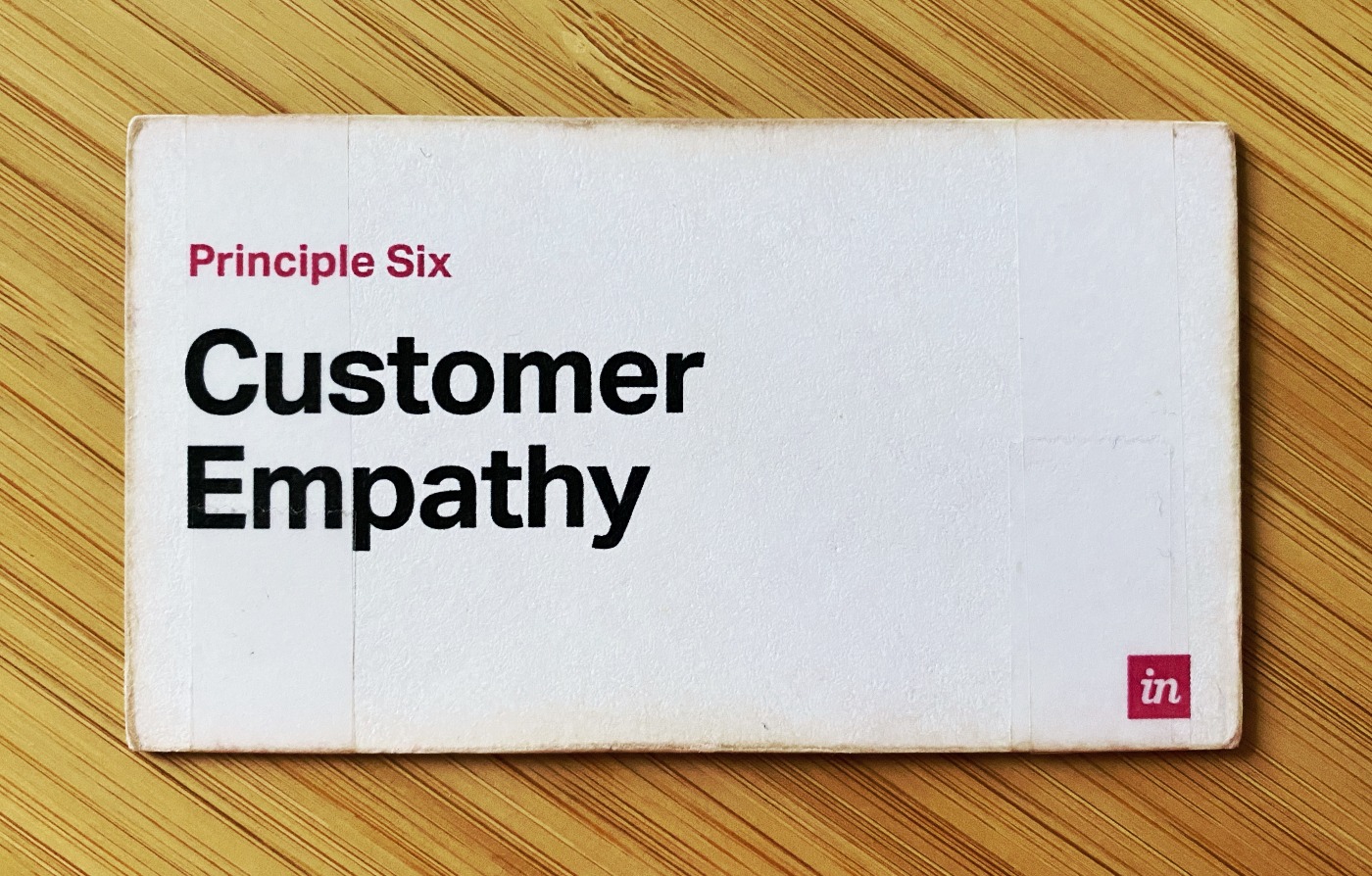 What I appreciated about the movie Worth is that it couples this principle to something that is so deeply emotional that the coupling itself cannot be ignored. When human suffering is at stake, you can't hide behind the numbers - it's inhuman. But, when the stakes are much lower, such as in the context of a SaaS (Software as a Service) offering, it doesn't take a lot of mental gymnastics to divorce customer empathy from product development. Let's use lessons, like that in Worth, to remind us of what's important.

Tweet This Titillating read by @BenNadel - Worth: A Movie That Underscores The Criticality Of Customer Empathy

The older I get, and the further I get in my development career, the more empathetic I have become towards end users. I'm now less interested in the code and more interested in the psychology of it all. I have thought of trying to shift gears, and dive more into UX...but it's a bit of a hard sell trying to convince these youngsters that a middle-aged software engineer actually knows quite a bit about the end users just from years of bad assumptions and hotfixes.

Anyway...more empthay is better for all humans, but it does help with development if we have an empthetic approach before diving into the code.

Thanks for the free therapy session. Now, back to work!

Thanks for sharing. I find that we also idolize "Designers" as being paragons of user empathy. But, Designers are really good at "putting pixels on the screen" - they aren't inherently any better at apply user empathy than anyone else. Some of the most "unusable" interfaces that I've seen were created by "designers". To be clear, I'm not saying Designers are bad at this stuff; only that it's a hard thing to include in any work, not least of all design work. We all can do with better empathy for our customers.