Notice that I am using the getDirectoryFromPath() and getCurrentTemplatePath() functions in order to find the file-system location of the Application.cfc template; and then using that value to build-out the mappings structure. This isn't super complicated; but, it's a point-of-friction; and, it represents some additional processing that has to be done on every single page request that runs through your ColdFusion application.

Notice how much cleaner my mappings structure is when I can use file paths that are relative the Application.cfc. But, does it work?! To test this, I am going to output the expandPath() version of each one of these mappings at various folder-depths within the application. Here's my root index.cfm file:

Now, it should be noted that I am running my test servers at the following location:

And, that this experiment is, itself, in a sub-folder of the server: 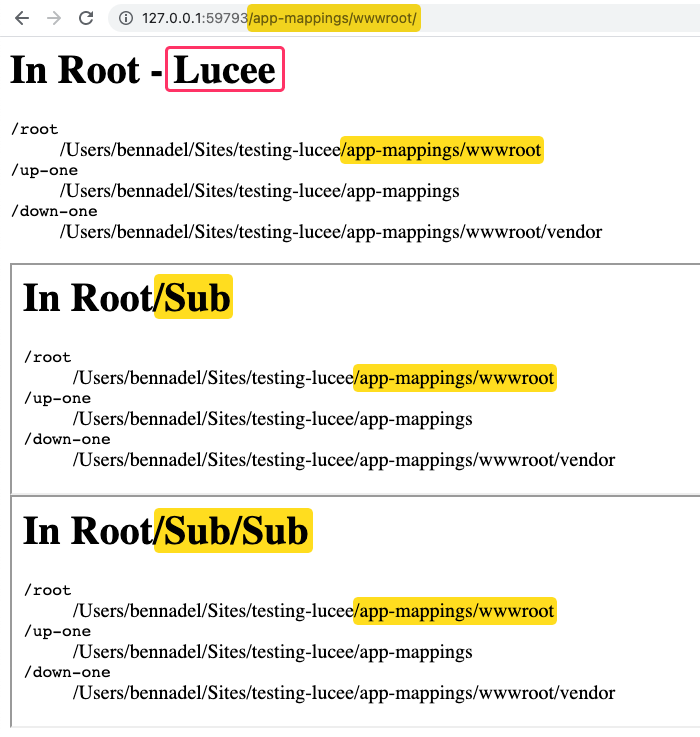 As you can see, even though our Application.cfc is located in a sub-folder of the running server; and, even though we are consuming the application mappings in even deeper folders within the file-system; all of the mappings just work when using intuitive relative file paths. 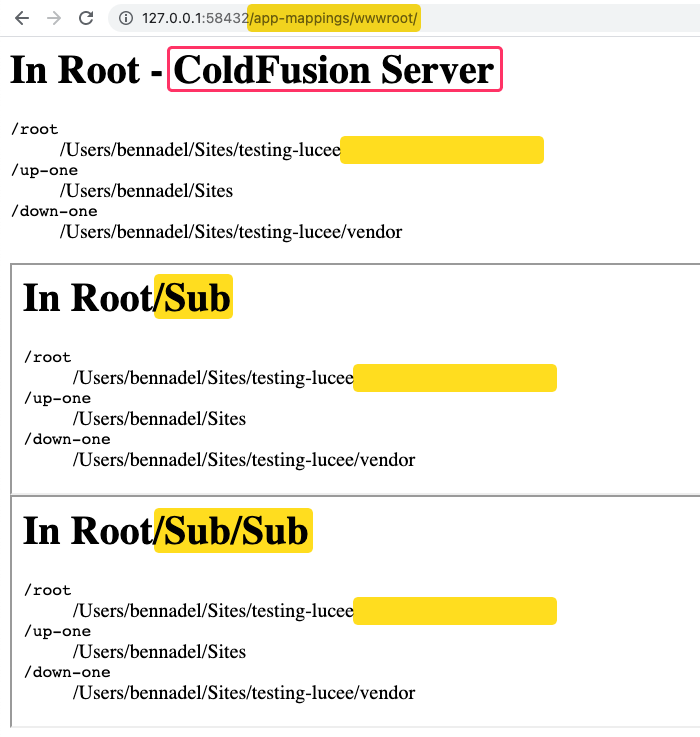 Hi Ben, I love the idea of simplifying mapping definitions in this way, but I'm not sure it's 100% reliable.

I have a use case in which it seems not to work. See my follow-up post here: https://blog.simplicityweb.co.uk/127/defining-application-mappings-using-relative-paths-in-lucee

Good stuff. Inheritance is always a bit tricky when it comes to Application.cfc - left a comment over on your article.