At work, one of the things that our platform does is generate an offline version of a prototype. The code for generating this offline prototype has to jump through a lot of hoops in order to adjust file-paths for various images, CSS, and JavaScript files. I briefly wondered if I might simply this process by including a <base href=""> tag in the offline template. However, after some experimentation, it seems that the base tag's href property does not affect "Root-Relative" URLs.

When you include a src or href attribute, you can use various formats of URL:

What I wanted to see is if this last format - those root-relative URLs that start with / - might be "remapped" using a <base> tag. To test this, I created a JavaScript file that queries for itself in the DOM (Document Object Model) and then logs-out its own URL "version".

This tag expects to be loaded with a ?v= in its own query-string. As in:

It will split the string on ? and log out the last item:

I then put this JavaScript in an assets folder and attempted to load it using both a relative URL and a root-relative URL in conjunction with a base tag that points the base-HREF to the assets folder:

What I was hoping for is that both of the src attributes would resolve to:

However, when we run this in the browser, we get an error on the root-relative script load: 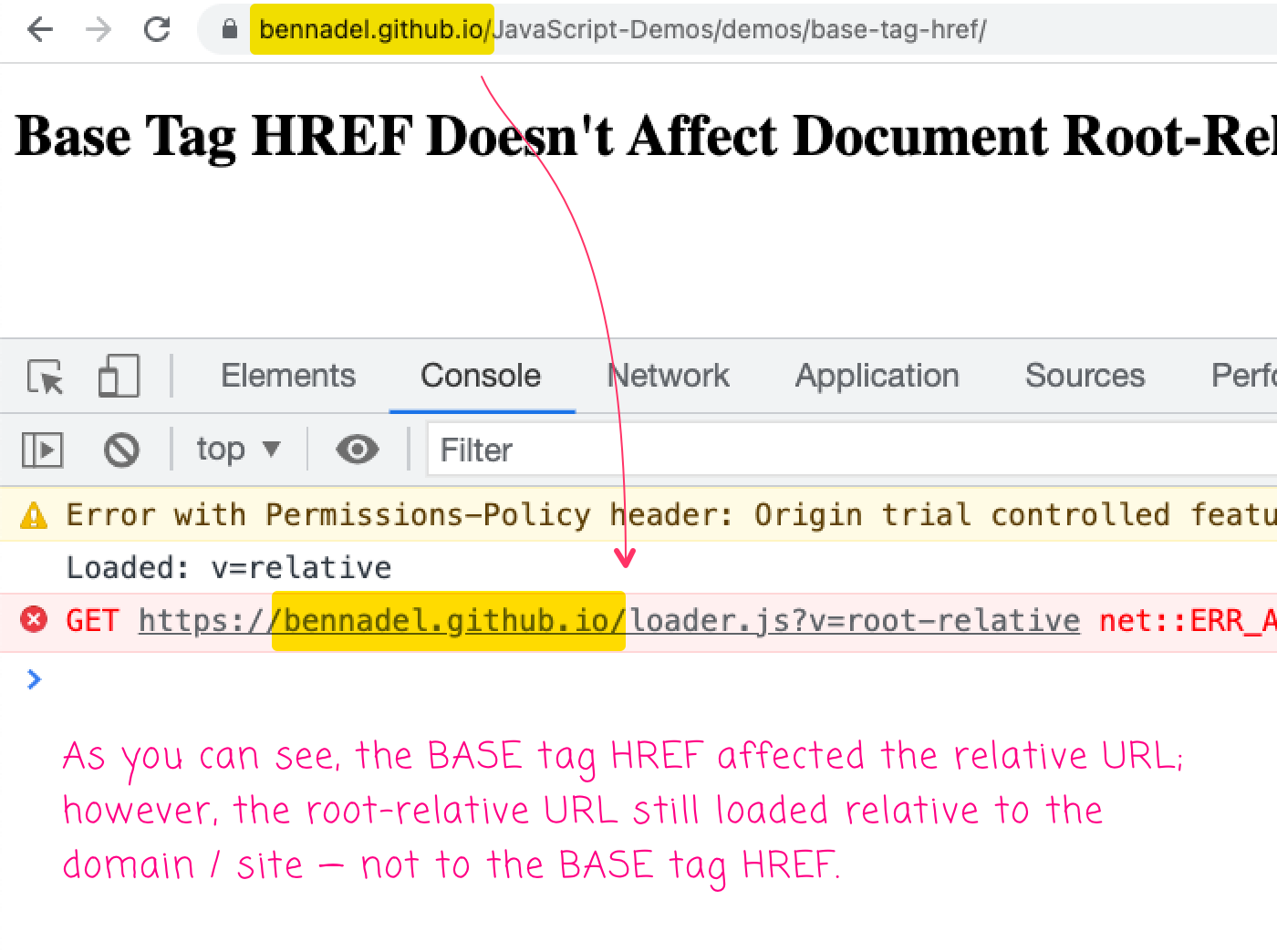 Oh well! Nothing ventured, nothing gained. I was hoping that I might use the base tag's href property to "rewrite" some incorrect root-relative paths. But, it looks like that's not going to be an option.

Oh, interesting. I've never heard that term before. That said, when I tried to Google for "root-relative", it's not like a ton of matches came up. It was hard to find the right language.